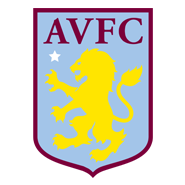 Mohamed Salah equalised Ollie Watkins' opener – which arrived against the run of play in the closing stages of the first half – shortly before the hour mark of the Premier League contest.

And Alexander-Arnold then produced a moment of Kop-end brilliance to snatch a hard-earned but deserved victory, as the right-back arrowed a low shot into the bottom corner from 20 yards after Emiliano Martinez had denied Thiago Alcantara with 91 minutes played.

Roberto Firmino had seen a goal disallowed in first-half stoppage time after a lengthy VAR review determined that Diogo Jota had been offside in the build-up, but the Reds reacted strongly to secure three valuable points that strengthen their bid for a top-four finish.