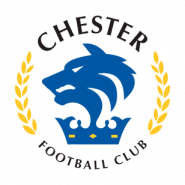 Follow all of the action as Liverpool play their first pre-season game of 2018-19 at Chester FC, with live updates, photos, videos, stats and more throughout the day.

The Reds get their pre-season preparations off to a fine start, notching seven in their first friendly of the summer.

Next up is Tranmere Rovers on Tuesday, which won't clash with England's impending World Cup semi-final thanks to the recent change of kick-off!

An emphatic finish from the No.15.

The ball falls to him at the edge of the box and he curls a beauty with plenty of power into the far corner.

More fantastic interplay from Liverpool sees Robertson tee Milner up at the back post, but the midfielder can only find the back of the stand.

He won't want to see that one again.

Sturridge picks out Milner's run into the box and the No.7 flicks a backheel to Ings, who runs onto the ball and produces a simple left-footed finish.

Naby Keita bundles through on goal but he is off balance and can only hit a left-footed shot over.

Unlucky for the debutant.

Now the goals have stopped flying in, a quick mention for England, who have gone 2-0 up in Samara.

Great news for Hendo and Trent, who will be into the semi-finals of the World Cup if England can hold on.

Wow, what a goal!

Ryan Kent cuts in off the left-hand side and curls a beauty into the far corner to make it five.

Keita pinches the ball in an advanced midfield position before sliding in Sturridge, who finishes off.

Another typically Klopp goal and the new man played a big part.

James Milner steps up and confidently slots the spot-kick into the bottom corner to his right-hand side.

The Reds three up.

Sturridge slips an outside-of-the-boot ball through to Ojo, who rounds the goalkeeper before being brought down and that's a penalty to Liverpool.

Chester get the game back under way.

A decent first 45 minutes in a red shirt for Fabinho. The whistle goes and the Reds have a two-goal lead at the break thanks to Harry Wilson.

It's been a good workout in the heat for the lads so far.

Curtis Jones wins the ball high up the pitch and dinks a lovely pass in to Wilson, who finishes from close range.

Very much a Klopp goal, that one.

Chester throw a dangerous ball into the box but Karius pulls off a brilliant one-handed claim to take the pressure off.

Solanke gets Moreno in behind the hosts' defence and in on goal with a fantastic crossfield ball from a deep position.

The full-back's shot is saved, but Wilson is on hand to delightfully dink the rebound over the goalkeeper and into the back of the net.

Away from matters at Chester for a moment... you may be interested to know that England are 1-0 up against Sweden.

Jordan Henderson in the starting XI for Gareth Southgate's side, with Trent Alexander-Arnold on the bench.

Fabinho comes within inches of scoring on debut!

The Brazilian shoots low and hard just inside the area after the ball breaks kindly but he sees his effort come back off the post.

Curtis Jones plays a brilliant ball in behind for Divock Origi, but Grant Shenton makes a fine save from the shot.

Good football from the Reds.

A quick look at Harry Wilson in action as we take a drinks break, which has been sensibly agreed upon given the temperatures. 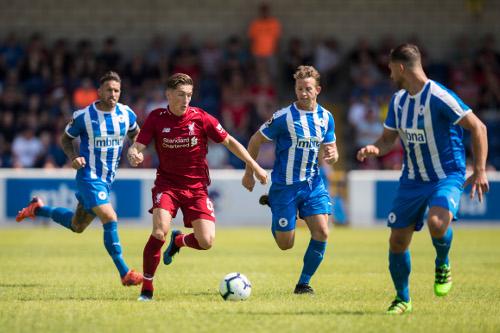 Liverpool controlling things so far, with Solanke's strength causing plenty of trouble for the Chester defence.

Origi has also got in behind a number of times - the Belgian will hope to profit before the half is out.

Jordan Archer capitalises on loose play from Liverpool and bears down on goal.

Loris Karius goes down early but gets a foot on the striker's attempt, directing it over the bar to safety. Good save.

Clyne latches onto a ball in behind and attacks the opposition area at pace.

He has a marked Wilson at the far post but goes so close with an effort of his own, sending it just past the post.

Origi charges into the Chester box and unleashes a left-footed shot but Shenton just about gets behind it and claims at the second attempt.

Liverpool's 2018-19 pre-season campaign gets under way as Divock Origi kicks off.

Naby Keita will enjoy his first outing for Liverpool this afternoon. 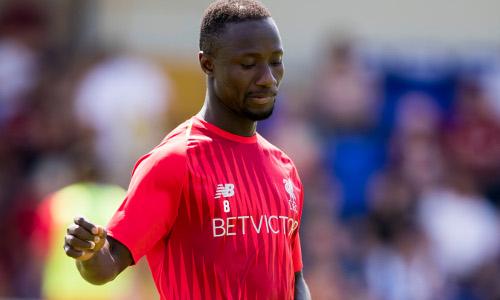 Jürgen Klopp has headed over to a group of Liverpool fans occupying one of the stands at the end of the pitch and is currently signing autographs and taking photos.

Here's how Chester line up today...

...to LFCTV's Peter McDowall ahead of kick off. 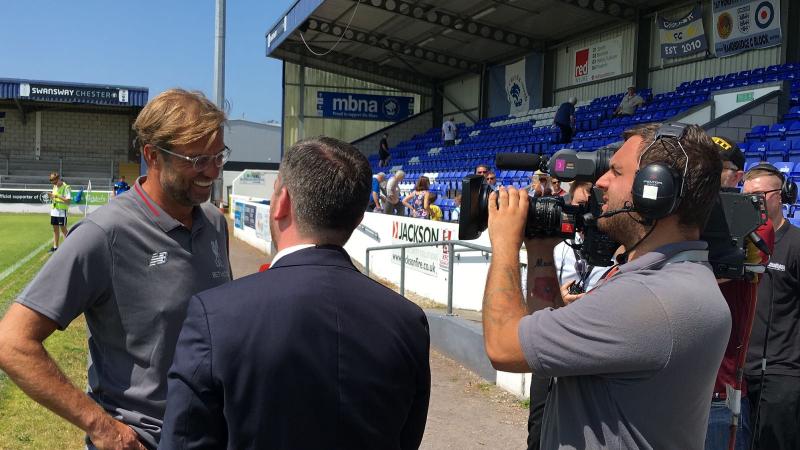 Alberto Moreno will wear the captain's armband in the first half for the Reds today.

Danny Ings speaks to LFCTV's Peter McDowall at pitchside as we move within an hour of kick-off. 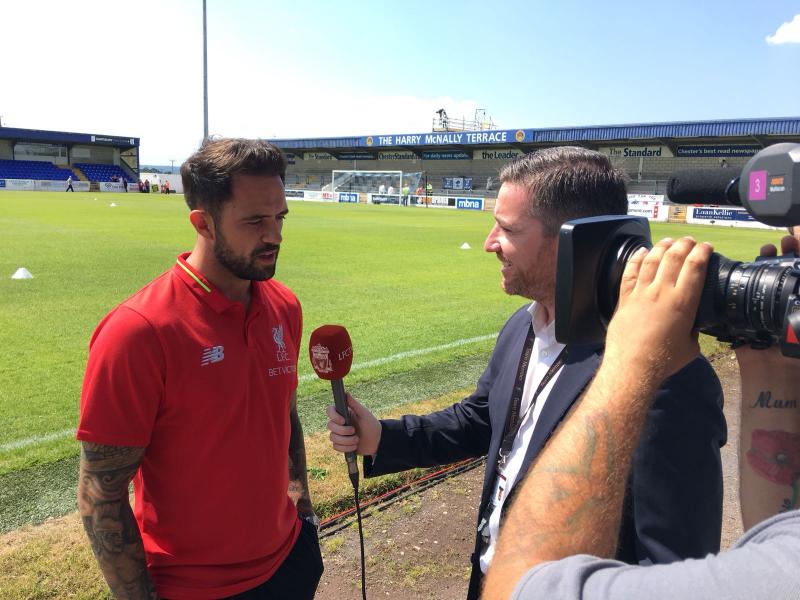 Jürgen Klopp and his squad are out on the pitch in Chester taking a look at what appears to be an excellent surface for today's game.

The stadium announcer has treated us to 'Three Lions', 'On The Ball' and 'World In Motion' thus far - not sure why... 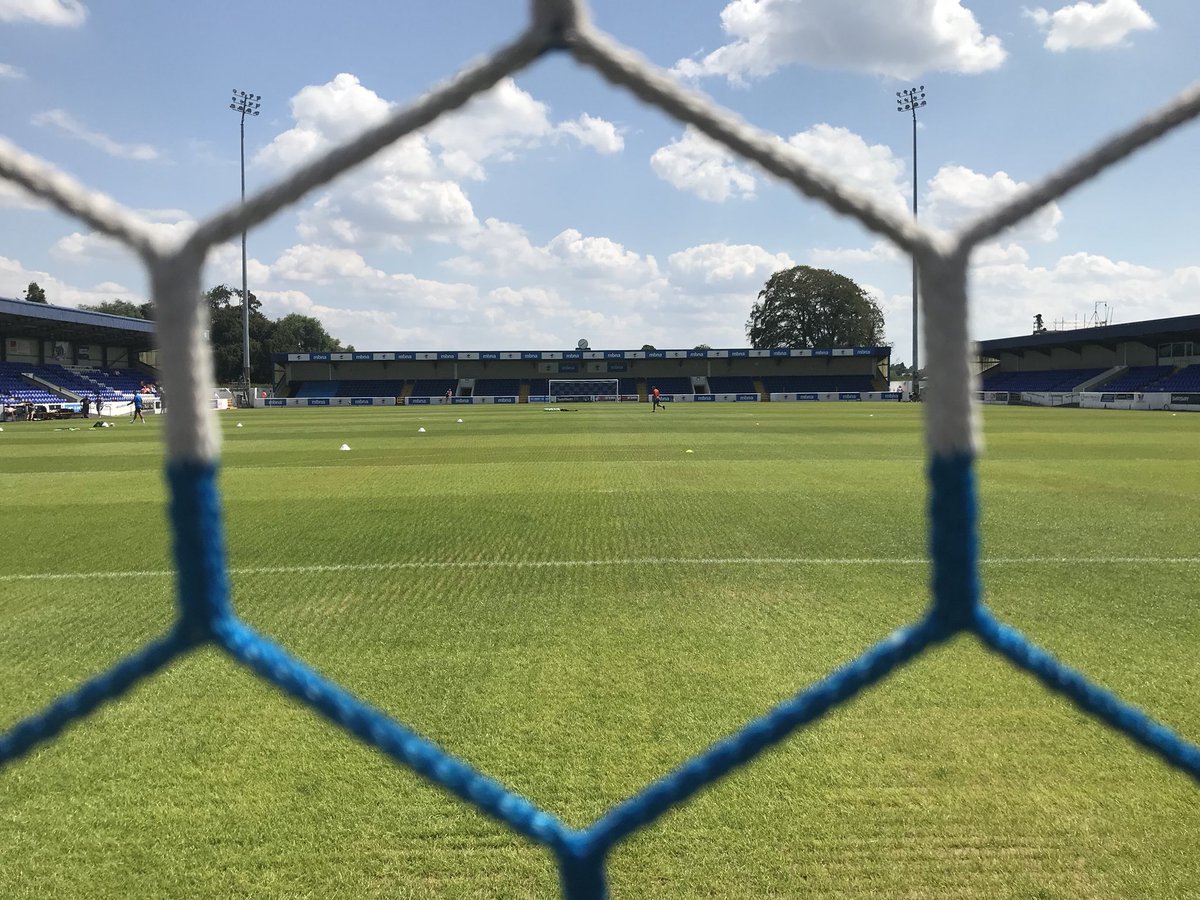 Jürgen Klopp intends to use 22 players in his first matchday squad of the season, with wholesale changes during the interval.

Fabinho will make his debut for the Reds in the first half, while Naby Keita will appear in the second period.

Confirmed team news will be announced at 1.30pm.

Liverpool warmed up for their first pre-season friendly of the summer with a four-sided match during their opening training session on Friday.

The players competed in a game with a difference - featuring a quartet of nets around the pitch.

Watch the best of the action, and more from the morning's workout, in the free video below.

Fabinho to wear No.3 this afternoon

The Brazil international has not yet officially been assigned a squad number for 2018-19, but he'll be in the No.3 today. 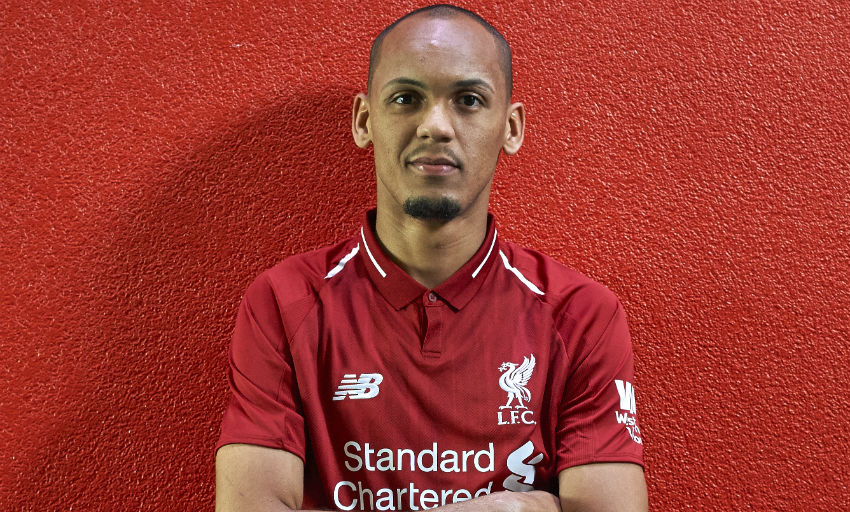 One man who definitely won't be involved this afternoon is Adam Lallana, who posted the below on Instagram earlier today...

Who's going to play this afternoon, then?

Well, Naby Keita and Fabinho, for a start.

"If nothing happens then they will play of course," Jürgen Klopp told Liverpoolfc.com earlier this week. 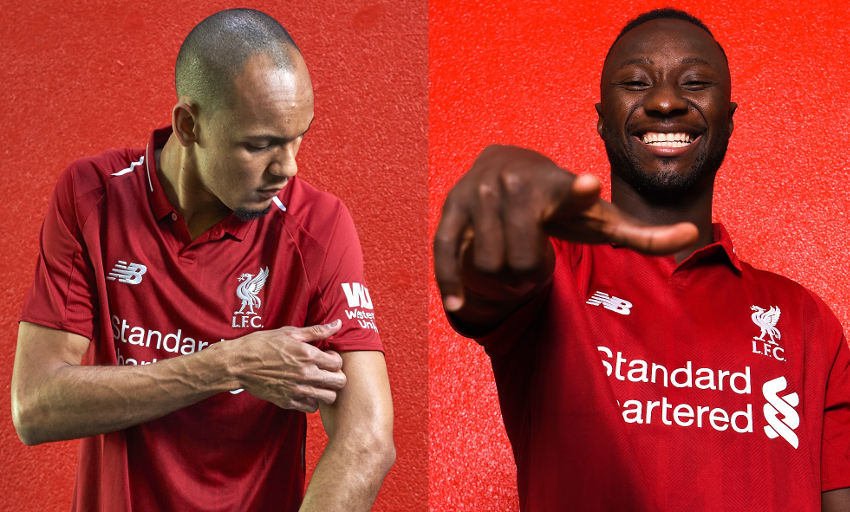 The boss also confirmed his plan to field two separate teams in the first and second halves.

"That makes sense, from the intensity side," he said.

You'll hear confirmed team news on Liverpoolfc.com and our social media channels before anywhere else, of course.

Well this came around quickly, didn't it?!

Liverpool's first pre-season friendly ahead of 2018-19 is upon is, with the Reds taking on Chester FC this afternoon (3pm BST kick off).

Remember, you can watch the game live on LFCTV and LFCTV GO, with our coverage getting under way at 2pm.

Can't watch live? Don't worry, stay right where you are. Our live blog has got you covered.

This game will be shown live and exclusively on LFCTV and LFCTV GO worldwide. Click here for more details on joining either service now.

Here we go, then, it all starts again for Liverpool with a short trip to Chester FC for the first of nine pre-season friendlies in the coming month.

Our live matchday blogs are back, of course, and we'll be keeping you updated before, during and after Saturday's game right here.