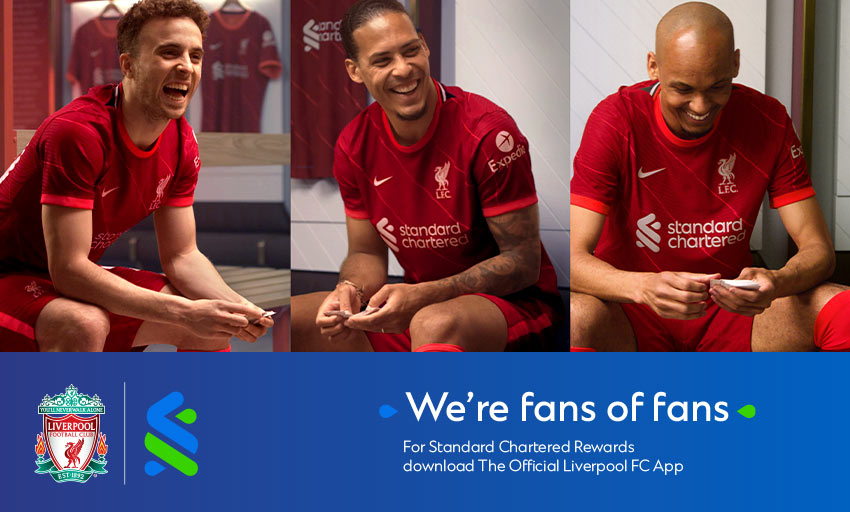 LFC stars Diogo, Fabinho and VVD are huge fans of fans. Just like them, we're fans of LFC fans too, and we want to reward you by giving you access to exclusive content, competitions, LFC memorabilia and prizes signed by the LFC squad - all via the Standard Chartered Rewards section in the Official Liverpool FC App.

Once you've downloaded the app, step inside Anfield to join in matchday rituals: