Step One The Investigation Process
1. A thorough investigative review of the initial information or complaint and, in extreme circumstances, a 'Temporary Sanction’ may be applied. Please refer to 'Note 4’ below for further information.
2. A letter will be sent to the supporter outlining the proposed conduct or incident with facts surrounding the case. This letter will provide enough information to allow a supporter to respond with their version of events. This will request a response within 14 days of the date of the letter (and also inform of any temporary sanction if applied).
3. The supporter will be provided with a dedicated email address/postal address to submit all responses and once any response is received will be provided with a dedicated case worker who can provide further information in connection with the sanction process.

Step Two The Sanction Panel
1. If the investigation concludes that a review by the 'Sanction Panel' (made up of a cross section of Club employees) is needed then this will be arranged. If the investigation concludes that no further action is required then the supporter will be informed of the same.
2. The Sanction Panel will review all facts surrounding the proposed offence including but not limited to the response of the supporter as referred to in point 2 of Step One.
3. The sanction to be applied is decided upon by the Sanction Panel and communicated to the supporter, with clear guidelines on how to conduct an appeal against the sanction applied.
4. Prior to making any appeal the supporter will be offered the right to request the evidence on which the Club has based its decision in order to allow the individual to consider this when they submit an appeal. The Club will provide all the requested evidence within the parameters of data protection laws within 14 days of the receipt by the Club of the request for such evidence.
5. If the supporter requests this information then the time limit for appeal will commence from the date the supporter receives the requested evidence.

a) Drinking alcohol in view of the pitch
b) Drunkenness in / around the Stadium
c) Smoking (inc. e cigarettes) inside the Stadium

Sanctions ranging from a verbal warning to a written warning

a) Non discriminatory abusive or aggressive behaviour
b) Disorderly behaviour
c) Foul and abusive language
d) A minor breach of Ticketing Terms and Conditions
e) Misuse of Members Card/Season Ticket/ Paper Ticket (e.g. entering or attempting to enter with a discounted concession ticket when the individual is an adult who should be paying full price or failing to collect a ticket (or cancelling when asked to collect) for an away game.

Sanctions range from a written warning through to an Indefinite Suspension

Unauthorised selling of Season Ticket, Membership card or Hospitality i.e. tickets are actually or reasonably suspected of being re sold (or advertised or offered for re sale) in breach of applicable terms and conditions.

a) Arrested at a home match (Please see Note 1 below for further information)
b) Deliberate damage to property
c) Missile throwing
d) Pitch encroachment
e) Aggressive language and/or behaviour
f) Use or possession of 'pyrotechnics’
g) Use of or possession of illegal drugs
h) Use of any other prohibited item(s) which are set out in the Ground Regulations.

a) Racist, homophobic or other discriminatory language and behaviour
b) Any other criminal activity.

a) Any incident that occurs at a fixture away from Anfield involving Liverpool Football Club, including but not limited to any behavior that brings the Club’s reputation into disrepute (e.g. where a supporter is arrested or ejected or there is evidence to suggest an offence has been committed)
b) Any other incident or conduct which amounts to breach of Liverpool Football Club Terms and Conditions and/or Ground Regulations.

Reviewed on an individual case by case basis

Review dependent on sanction imposed consistent with above protocol being applied

Note 1 - The Club will undertake its investigation and apply a sanction independent to any action/sanction applied by the police and/or other relevant authorities. The Club may provide relevant information to the Police and/or other relevant authorities to assist with their investigations.
Note 2 - Examples of the factors which may be considered by the sanction panel when applying any sanction shall include but not be limited to: any previous offence committed by the supporter, age of the supporter, multiple offences committed in one incident, saf ety risk to other individuals and intent. The panel will also consider any reasonable mitigation offered forward by the supporter when deciding the level of sanction applicable in the circumstances.
Note 3 - The sanctions are a benchmark only. The Club may impose alternative sanctions depending on the individual circumstances of the case.
Note 4 - A temporary sanction prior to a decision being made by the Sanction Panel may be appropriate in certain circumstances (such sanction to be subject to regular review by the Club). If the Club reasonably believes that there is a genuine risk of reoffendin g a nd/or any risk to other supporters, staff or members of the police then the Club reserves the right to impose a temporary sanction prior to making any further decisions. In such circumstances the Club will communicate the temporary sanction being applied to the supporter in writing and will provide the facts and evidence it has based its decision on.
Note 5 - Any supporter issued with a sanction by the Club further to this sanction process and procedure shall not be entitled to any refunds unless the Club informs the relevant supporter otherwise.
Note 6 - All formal correspondence shall be provided to the supporter via post and email to the details which are registered on the supporter’s account. The Club reserves the right to change this guide from time to time making any such changes clear its website. 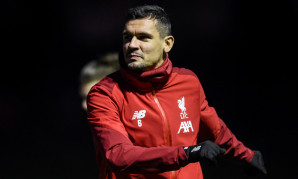 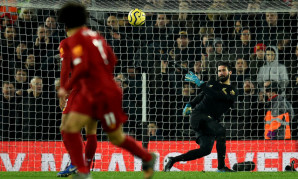 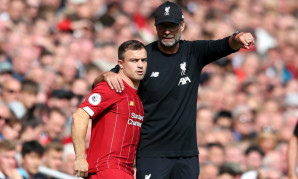