As we employ more than 250 people across Liverpool Football Club, we are required by law to carry out gender pay reporting under the Equality Act 2010 (Gender Pay Gap Information) Regulations 2017, and to publish our data.

The data published below represents Liverpool Football Club only. It does not include data for Liverpool Women FC or Liverpool FC Foundation as these are separate entities that do not employ over 250 people.

The data relates to those paid by the Club in the snapshot period of April 2020 and includes players and casual workers.

In order to produce our gender pay data, we are required to carry out six calculations that show the difference between the average earnings of men and women:

The mandatory data below represents all Liverpool FC staff, including players and casual workers. We have also provided voluntary data which uses the same calculations but excludes players.

Here at Liverpool Football Club, we believe in equality and are committed to making a positive difference wherever we can. We are proud to be the first club to achieve the advanced level of the Premier League Equality Standard and retained this level in recognition of our continued commitment to equality, diversity and inclusion. ​

We are also a founding signatory of the FA Football Leadership Diversity Code which requires us to publish data annually in respect of female hires into coaching and senior leadership positions.

We continue to work hard at attracting women to join us and have a wide range of applicant sources that increase our reach to women interested in a career in sport or in the broader commercial and operations opportunities in the club. It should be noted however that our senior leadership team within football operations, including the first team manager, are predominantly male, which significantly contributes to the club’s gender pay data.​

Whilst we recognise there is further work to be done to recruit more women into senior positions, we have invested in targeted education of hiring managers, objective assessment processes and a data driven analysis of applicants throughout the recruitment process to recruit the very best talent, regardless of gender.​

To help us to make meaningful progress, a gender equality colleague network has been in place for two years. This network addresses ways to celebrate, educate, influence and create gender parity. We are also working with Innovate Her – an organisation which celebrates, inspires and supports women interested in having a career in technology, as well as Northern Power Women and Women of the Future which help us to appeal to a broader talent pool who will be looking for the first, or next step, in their career.​

Learning and development is also key to making positive changes. Through the Apprenticeship Levy and in partnership with Liverpool John Moores University, we are supporting a number of managers, an evenly split group of men and women, in completing their Level 3, level 5 and MBA apprenticeships as part of our commitment to nurturing our talent of the future. ​

Following the introduction of a  grading structure  in 2019, we are now in a much better position to be able to understand the differences in pay between men and women who do jobs of a similar size across our functions. Within this structure, at many levels of the organisation outside of football operations, the gender pay gap is much smaller.

We are also proud to continue to be accredited by the Living Wage Foundation, paying at least real living wage to all our Colleagues.​

We take these responsibilities seriously and are committed to increasing the diversity of our people, while continuing to promote equality both to our Colleagues and supporters. 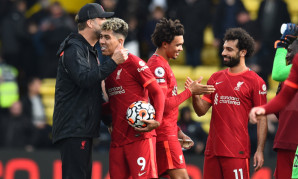 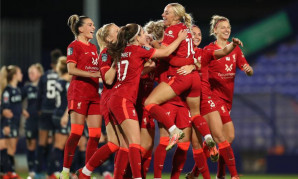 Buy one, get one free: Fan offer for LFC Women’s games v Blackburn 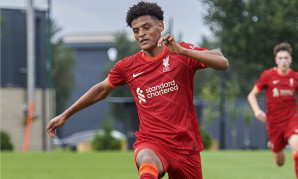