Divock Origi’s permanent place in Liverpudlian folklore is secure after a 2018-19 season that culminated in the Belgian sealing the club’s sixth European Cup.

The forward’s late goal in the Champions League final - an expertly-taken, left-footed finish - put the Reds into an unassailable 2-0 lead over Tottenham Hotspur and ensured the heartache of Kiev 12 months earlier was consigned to history.

Origi, of course, was also a driving force behind Liverpool’s improbable semi-final victory over FC Barcelona, with his goals bookending an unforgettable 4-0 second-leg success that will go down as possibly the greatest European night in Anfield’s rich history. 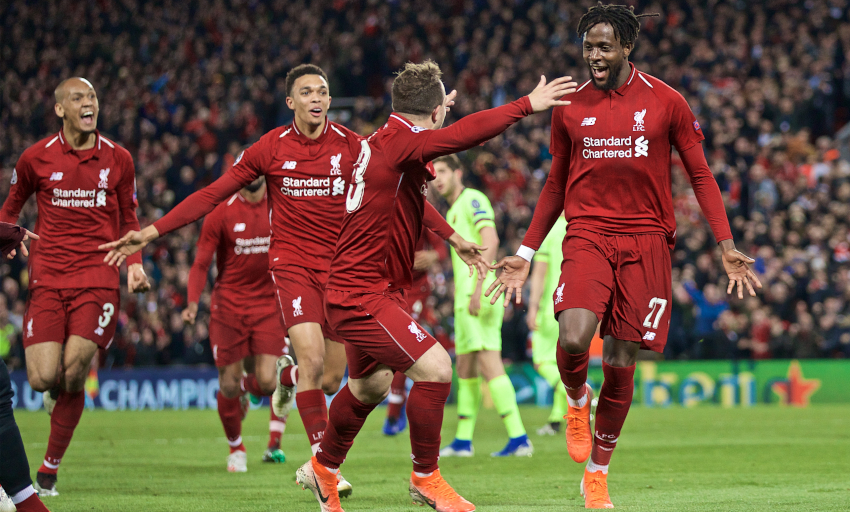 Just three days prior to that incredible triumph, Origi came off the bench to glance home an 86th-minute winner at Newcastle United that kept the Reds’ hopes of winning the Premier League title alive.

But his series of talismanic performances during a campaign that ended with Jürgen Klopp’s side registering 97 top-flight points and Champions League success began in December, when his 96th-minute Kop-end goal beat Everton and sparked delirious scenes of celebration at Anfield.

He continued his rich vein of goalscoring form against the Blues the following campaign, netting a superb double in a 5-2 victory at Anfield in December 2019.

In total, Origi scored four goals in the Premier League from 28 appearances in 2019-20 as he helped end the club’s 30-year wait for the top-flight crown.

Two of his six full seasons as a Liverpool player have been spent on loan - at Lille and Wolfsburg respectively - but the three full campaigns during which he has remained at Anfield have been littered with important contributions.

The 2018-19 season, though, represents the crowning glory of Origi’s Liverpool career to date - and in July 2019, he signed a new long-term contract with the club.