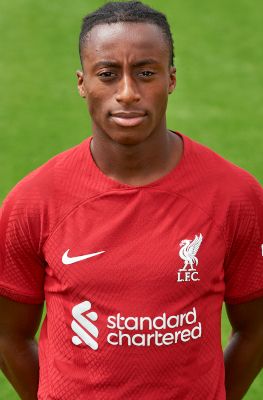 Preston-born, Isaac first attended the Academy at the age of six and broke into the Reds' U18s side as an U16 player in 2020-21.

He can play either in midfield or at right-back.

Isaac played for the first-team in pre-season during July 2022 when he was included in the squad for the Asia tour and training camp in Austria.