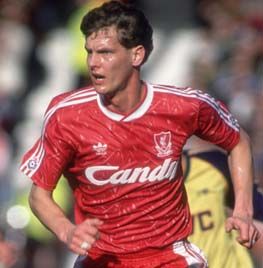 ary Gillespie became Falkirk's captain at only 17, the youngest ever skipper in Scottish history.

He had played six years at Coventry, making around 200 appearances when his contract ran out in 1983. He had already had talks with Arsenal, when he was informed that Liverpool were interested in securing his services.

Joe Fagan's first signing had his work cut out for him to split up the successful Lawrenson and Hansen partnership in the centre of defence.

Gillespie was a graceful centre-half, who accomplished in his longest run in the side from 1986-1988, to force Dalglish to move a fully-fit Lawrenson to full-back to accomodate the Scotsman alongside compatriot Hansen. However, occasionally, the trio would form a central defensive unit.

Gillespie joined his boyhood idols Celtic in 1991 and stayed there for three years until he joined Phil Neal's Coventry and later secured a coaching position at the club.