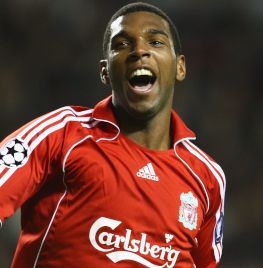 Brought to the club by Rafael Benitez for a fee of more than £10 million, big things were expected from the Ajax prodigy after he helped the Netherlands win the 2007 Euro U21 Championship.

Despite enjoying his share of fine moments in a red shirt, the forward was used more as an impact player by both Benitez and his successor Roy Hodgson, before he departed shortly after Kenny Dalglish re-took the reins in January 2011.

Babel made his competitive debut for Liverpool wearing the No.19 shirt against Aston Villa in August 2007 and scored his first goal against Derby County the following month.

His most memorable strikes thereafter included a cheeky flick with his instep against Besiktas in 2007, a winner against Manchester United in 2008, and a 25-yard beauty versus Lyon in 2009.

He also played his part in historic European nights, scoring in our decisive 4-0 win over Marseille in 2007-08 and in the subsequent quarter-final win over Arsenal.

Babel made the move to Hoffenheim in Germany when his Liverpool career came to an end.