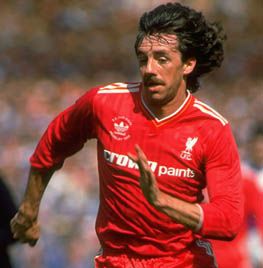 Mark Lawrenson was signed for a club record fee, and became the most expensive defender in Britain in the process, but it turned out to be a bargain.

He was playing for Preston in the lower half of the Second Division in 1977 when Brighton offered £100,000 for the Irish international.

It's claimed Liverpool also made a bid for him as Alan Mullery, former Brighton manager, explains: "We outbid Liverpool to get him. I phoned the Preston manager, Harry Catterick, and he told me Liverpool had offered £75,000.

"Mark was only 19 but when I told Mike he said, 'Offer £100,000.' Liverpool weren't prepared to up their bid so we got him and four years later we sold him for a million."

Brighton were promoted to the First Division in 1979 and Lawrenson at last faced Britain's best, however the club's financial crisis meant the defender was available for transfer.

Lawrenson was bought by Liverpool and the rest is history.

The centre-back was a great tackler, strong and possessed considerable skill and speed. He could play any position in defence, but his partnership with Alan Hansen in the centre of defence was the one he was mosty admired for.

He started out at Liverpool as a left-back, replacing Alan Kennedy for a spell, and also played as a midfielder during his debut season.

He figured in 39 of the 42 games that would lead to him winning the first of the five Championship medals he would gain during his time at Anfield.

It was an unlikely Championship too with many changes in personnel to the squad which had become champions of Europe the previous spring.

Lying mid-table after a depressing home defeat by Manchester City on Boxing Day, the team won 13 and drew three of their last 16 games.

Ronnie Whelan's late volley ensured that Liverpool could not be caught in the race for the Championship.

It was the first of three successive League titles for the club and Mark only missed five of the 126 fixtures that brought about that remarkable achievement.

'Lawro' also won three successive medals in the League Cup and showed his usual composure in the intimidating atmosphere of the Olympic stadium in Rome when the Italian champions were held to a 1-1 draw in the European Cup final of 1984, before Alan Kennedy won the resulting penalty shoot-out.

Mark was a key member of the double winning squad in 1986, although he was perhaps fortunate to play in the FA Cup final against Everton.

He had been injured against Oxford towards the end of March and missed four crucial games in the championship run-in, and although Kenny Dalglish did recall him for the last four league matches, only two of them were from the start.

However, Gary Gillespie's late withdrawal from the Wembley squad due to injury made the player-manager's selection headache a lot easier and Lawrenson did finally add an FA Cup winners' medal to all his other honours.

Capped 39 times by his adopted country the Republic or Ireland, Mark started the 1987-88 season at the age of 30 with seemingly several years of good football still ahead of him.

But forced to leave the field through injury against Arsenal in the middle of January 1988, he was never able recover the fitness he needed to continue playing at the top level and reluctantly announced that his playing career was over.

After a brief spell as manager of Oxford United, Mark was away from the football scene for a while but later used his considerable knowledge and experience to become a journalist and member of the BBC's "Match of the Day" team.