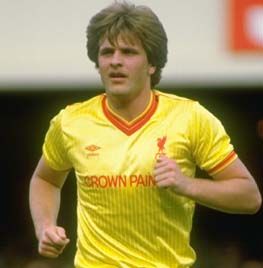 Jan Molby, more commonly known to Liverpool fans as Big Jan or the Great Dane, is widely regarded as the finest passer of a football to ever pull on the red shirt.

Despite spending most of his Anfield career in the centre circle, his vision and technique more than made up for his lack of mobility and negligible turning circle. In his 12 years with Liverpool he split defences for fun on his way to making 292 appearances and notching 60 goals.

The masterful midfielder was always quick to make his mark. Captain of his hometown club Kolding IF at the tender age of 19, he was soon snapped up by Ajax and helped a team featuring legends such as Johan Cruyff and Marco van Basten to the Dutch Championship in 1983.

Joe Fagan gave him a 10-day trial in August 1984 in the wake of Graeme Souness leaving Liverpool and a £225,000 deal was soon struck to make the move permanent. It only took minutes for Big Jan to make an impact on his debut. Lining up for the Reds against Norwich at Carrow Road on August 25, he lofted the ball into the opposition penalty area with his first touch of the game only for Steve Bruce - himself a Canaries debutant - to slot the ball into his own net.

Molby was so often the star of the show during the double-winning season of 1985-86, with 21 goals in 58 matches. In a tactical ploy devised by player-manager Kenny Dalglish, the Dane was often employed as a third central defender early on in a match before pushing further forward alongside Steve McMahon in midfield as the game progressed.

The campaign came to a glorious end with a victory over Everton in the FA Cup final. Molby was involved in the build up to all of Liverpool's goals in a famous 3-1 win.

In an untelevised League Cup match against Manchester United in November of that season, Molby scored a goal which occupies a special place in Anfield folklore. Dispossessing Norman Whiteside in United's half, 'Rambo' proceeded to waltz around several opposition players before drilling the ball into the top corner of Gary Bailey's net. He was later presented with one of the only recordings of the game by a friend of Ron Atkinson, then managing United.

As well as the odd wonder-strike, Molby was also a consummate scorer of

penalties: 42 of his Liverpool goals were from the spot and he only missed three others for the club. The Great Dane has the rare record of scoring a penalty hat-trick, a feat achieved in November 1986 against Coventry in the League Cup.

Despite still being an integral figure of many Liverpool squads for the rest of his Anfield career, a spate of ill-timed injuries meant Big Jan would never again reach the dizzy heights of his second season. Each time he seemed to be gathering momentum in the first team, a knock would send him back to the sidelines. A pre-season foot injury put paid to most of the 1987-88 season and during his long lay-off, he was jailed for six weeks for driving offences. Dalglish backed Molby to the hilt, however, and restored him to the first team not long after his release.

Molby regained fitness in time for the 1989-90 season and was rotated in and out of the starting line-up as the Reds won the league for the 18th time. Not content with being a bit-part player at this stage of his career, Big Jan seemed destined for Barcelona to link up with Cruyff once again but negotiations between the clubs broke down after disagreements emerged over the terms of the deal.

The Souness and Evans years were less kind to Molby still. The Dane was dropped for the first half of the 1991-92 season and came close to a move across Stanley Park to Everton. After being reinstated in the first team he soon decided against this and went on to play a significant role in Liverpool's FA Cup triumph over Sunderland.

In 1994, Roy Evans took the reins at Liverpool and Big Jan became the first foreigner to spend a decade with an English club, but two injury-plagued years later a move to Swansea City as player-manager brought his long spell at Anfield to an end. He took the South Wales club to the Division Three play-off final later that season, but was unsuccessful. He was sacked in October 1997 after a poor start to his second year in charge.

Other managerial posts offered mixed fortunes for Molby. He took over at Kidderminster Harriers in April 1999, winning the Conference title and with it promotion to the Football League in his first season in charge. Two years later he was tempted by a move to Hull City which was brief and unrewarding. A return to Kidderminster in October 2003 ended in relegation and resignation after only one season. Molby has since indicated he is unlikely to try his hand at management again.

Big Jan is still often seen controlling games for Liverpool in his oversized red jersey in Masters football competition. His distinct Scouse accent, apparently the result of changing next to Sammy Lee for years, can also be heard on BBC Radio 5 Live match summaries and on LFC TV where he is a regular football pundit.