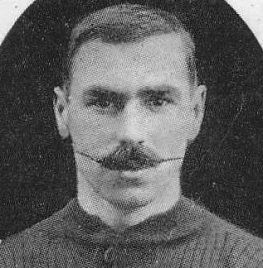 After one season with Blackpool in Division Two where he scored 12 goals in 17 games Jack Cox was transferred to Liverpool for the considerable sum of 150 pounds on Christmas Eve, 1897.

Cox was a regular on Liverpool's right and left wing during the latter part of the 19th Century and the early years of the 20th Century. He twice won the League championship with the club in 1901 and 1906 and contributed a high number of goals from his position on the wing.

Jack was twice an ever-present for Liverpool in the league and the tricky and speedy winger is certainly a legend at Liverpool.

Cox, who had gained legendary status in his only season at Blackpool before joining Liverpool, joined his former club on a free transfer as player-manager in 1909 and he made 69 appearances for them before retiring in 1911.