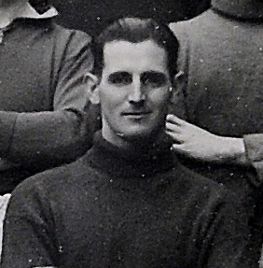 Arthur Riley was Liverpool's goalkeeper for much of the 1930s, although he actually made his debut for the club 11 games into the 1925-26 season.

Bought as cover for Elisha Scott, the big Irishman's form and reputation kept South African Riley out of the first-team picture until he finally started an extended run in the side in October 1927.

But it wasn't until near the end of the following season that he could really feel safe about being the club's first-choice stopper.

Scott was a hard act to follow but Riley proved a more then capable replacement.

The 1930s were very mediocre as far as the club's results were concerned and twice, in 1936 and 1937, they flirted dangerously with relegation.

Although Alfred Hobson took over in goal for much of that second season, Arthur's courage and agility probably turned a number of games which could have left the club's First Division status even more at risk.

The last of Arthur's 322 First Division appearances for Liverpool came away to Manchester United on the final day of the 1938-39 season.

It was a shame such loyalty was never rewarded by being part of a successful Liverpool team. The highest final League placing during any of the years Riley was at Anfield was 5th in 1929.