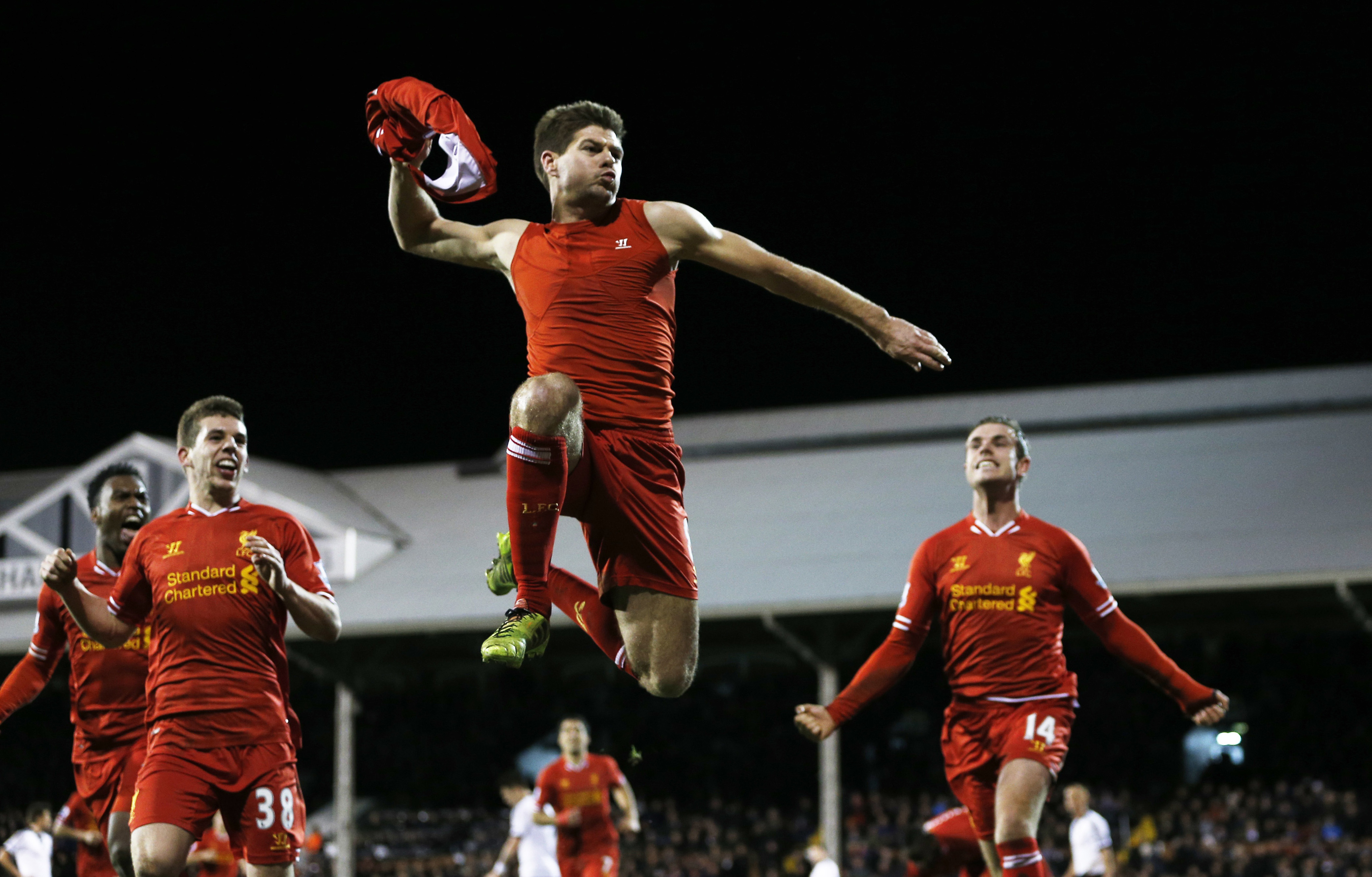 Few men will ever match the legacy forged by Steven Gerrard at Liverpool FC. The only player in Reds history to feature in the club's all-time top five for both appearances and goals, the talismanic midfielder clocked up an astonishing 710 games and found the target 186 times.

A complete footballer of undoubted world-class ability, revered by teammates and opponents alike, respected by rivals and adored by supporters, nothing seemed impossible to Gerrard - he could do everything and he gave everything.

The midfielder’s tendency to drag his teammates along with him to achieve great things is perhaps best evidenced by his unique record of having scored in the finals of the Champions League, UEFA Cup, FA Cup and League Cup.

And few players end their careers having made even one contribution to a football match as iconic as his barely believable last-minute equaliser against West Ham United in the FA Cup final, or the unforgettable half-volley against Olympiacos that kept the Reds on track for European Cup glory. That’s without mentioning the inch-perfect header that kick-started a miracle in Istanbul.

But that was Gerrard through and through during a 17-year Anfield career: The Scouser who grew up to captain his boyhood club, to be one of the best in the world, to collect trophies.

When I die, don’t bring me to the hospital. Bring me to Anfield. I was born there and will die there.