I was Bob Paisley's first signing - he changed my life, as he did so many others.
Heroes
Right Back
Games 650
Goals 59
Shirt No 2
Caps 50
Date of Birth 20/02/1951 Birthplace Irchester
League Champions 8
League Cup 4
European Cup 4
UEFA Cup 1
UEFA Super Cup 1
Charity Shield 5 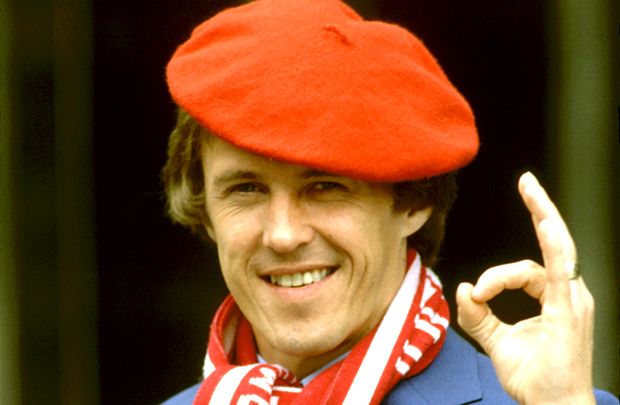 Phil Neal is the most decorated player in Liverpool history. In fact, no Englishman can boast more medals.

The full-back helped bring 22 pieces of silverware to the Anfield trophy room and was the only player to feature in the Reds' first four European Cup triumphs.

Never has the term 'Mr Consistency' been more apt than when discussing the merits of Neal in a Liverpool shirt.

Plucked from Fourth Division obscurity for £66,000 in October 1974, the former Northampton Town man was Bob Paisley's first managerial acquisition and undoubtedly one of his most inspired.

Neal was an almost permanent fixture in the legendary back four of the late 70s, making a record 365 consecutive league appearances between December 1974 and September 1983.

As well as being hard to beat, he was a prolific marksman by full-back standards, with his remarkable tally of 60 goals including two strikes in European Cup final victories. Neal's loyalty and commitment was deservedly recognised in the summer of 1984 when he was selected to succeed Graeme Souness as captain, but he ultimately left the club for Bolton Wanderers 18 months later.

His consistency and enviable medal collection serve as testament to one of the great Anfield careers.

Whoever you support, you've got that blood in your veins.