There is no-one anywhere in the world at any stage who is any bigger or any better than this football club.
Heroes
Forward
Manager 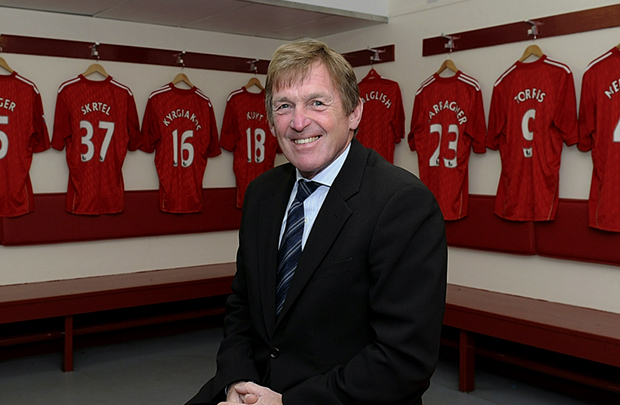 Kenny Dalglish's Liverpool love affair first began in August 1966 when a 15-year-old Glaswegian travelled south of the border for a trial at Anfield in front of the legendary Bill Shankly.

Although the young forward’s first journey to Merseyside came to nothing, 11 years and 167 Celtic goals later, he was finally recruited by the Reds to replace a club legend in the form of the departing Kevin Keegan.

Dalglish slipped seamlessly into Paisley's all-conquering red machine and the new King of the Kop crowned his first season by topping the club's goalscoring charts and netting the winner in a European Cup final.

But that proved to be just the start of an incredible playing career that would make him an Anfield icon.

With the ball at his feet, he was a pure genius - a contention backed up by footage of just about every one of his 172 Liverpool goals. Everyone has their own particular favourite but the one common denominator in all the above was the famous Kenny celebration: a quick turn with arms aloft and a beaming smile as wide as the Mersey.

As Dalglish neared the end of his playing days, it appeared impossible for the Scot to improve his standing among Kopites. But that he went on to do, just two spells as manager says all you need to know about the man they still call King Kenny.

His impact on the playing field had been nothing short of sensational but, in the aftermath of the Heysel Stadium tragedy, the club hoped he could reproduce his genius in the dugout.

It was a big ask for someone who was just 34 years old, but then Dalglish was not your average man.

That said, the Scot’s first campaign got off to an inauspicious start and, after a 2-0 defeat to Everton at Anfield in late February, the Reds were left eight points behind the league-leading Toffees with as many games to go.

But a team hewn in Dalglish’s image did not give up easily, and embarked on a remarkable unbeaten run to end the season as league champions and FA Cup winners, with both victories coming at the expense of their neighbours.

King Kenny built on that success by assembling one of the most entertaining teams ever to grace Anfield, with two further league titles and another FA Cup subsequently added to his honours list before he stepped down in 1991. A second spell between 2011 and 2012 also brought the League Cup winner’s medal that had previously eluded him as a boss.

Regardless of his footballing achievements, it is arguably Dalglish’s dignified conduct in the aftermath of the Hillsborough Disaster that is his greatest legacy and sees him widely regarded as a legend of the city of Liverpool, not just the club that bears its name.

The city and the club will always be part of me