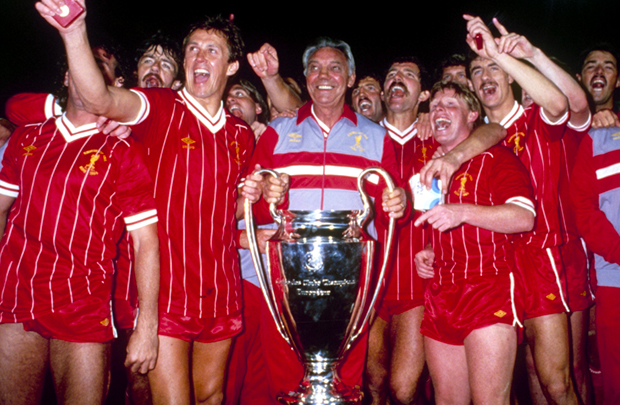 It was almost inevitable that the successor to Bob Paisley would come from within the confines of the club's famous Boot Room.

It was a move that had served Liverpool so well when Shanks handed over the reins to Paisley and it did so again when Joe Fagan took charge.

A quiet and effective worker behind the scenes, Joe's succession to the Anfield throne was the logical step after he had risen through the ranks under Paisley following Shankly’s resignation in 1974.

While many observers felt it was an easy job to oversee the running of a well-oiled winning machine, Fagan was faced with some serious decisions upon taking charge.

The Reds had lost the inspirational Graeme Souness to Sampdoria and, with other first-team regulars beginning to wane, it was clear that astute moves were needed.

Happily for Liverpool, Fagan was up to the task, and in his first season in charge collected an unprecedented league, League Cup and European Cup treble.

The affable Scouser’s second and final campaign at the helm unfortunately concluded in tragic fashion at Heysel Stadium, as 39 supporters needlessly lost their lives. But that sad end did not harm the legacy of a man warmly known as Smokin’ Joe.

You may have found me mean and thirsty in my search for trophies, but the bad news is the man who is taking my place is hungrier than me. Fagan's the name and I don't think he'll need any help from the Artful Dodger! Bob Paisley