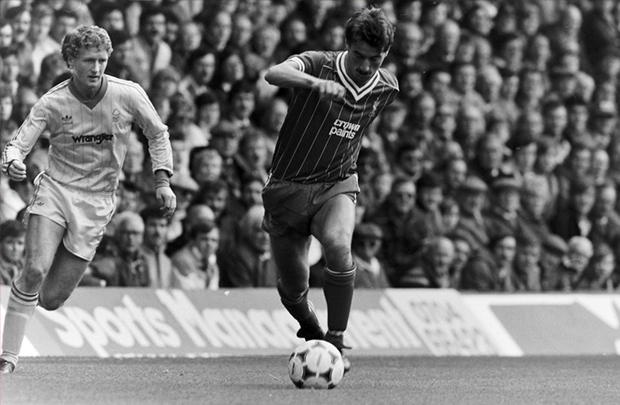 Just one word is needed to describe Ian Rush's Liverpool career: goals. The Welshman scored 346 of them in 660 appearances - a club record that will take some beating. Nothing shakes the Kop more than a goal, and no-one has caused quite as much structural damage to the famous stand as Rush.

More importantly, his predatory instincts were instrumental in the Reds dominating the game for most of the 1980s. He was loved at Anfield, feared at every opposition ground, and renowned throughout Europe en route to an incredible collection of winner’s medals.

The 1983-84 season was perhaps Rush's finest. A remarkable 47-goal haul (50 if you count his spot-kick conversion in Rome and two goals for Wales) was enough to see him become the first British player to win Europe's Golden Boot. This was the perfect accompaniment to an unprecedented treble of league title, European Cup and League Cup, not to mention double Player of the Year recognition.

As the dust settled on the double-winning campaign of 1985-86, it was announced that Liverpool's goalscoring machine had agreed to join Juventus. But he was back a season later, and picked up where he left off by scoring goals for fun over the course of another eight years.

While records are there to be broken, it's unlikely that the No.9's phenomenal tally of Liverpool goals will ever be surpassed.

It's best being a striker. If you miss five then score the winner, you're a hero. The goalkeeper can play a blinder, then let one in… and he's a villain.