When I got the opportunity to sign for Liverpool or Everton, I only wanted to sign for Liverpool, although they were a Second Division club. Looking back on my career, it was the best thing I ever did.
Heroes
Right Midfield
Games 857
Goals 68
Shirt No 11
Caps 4
Date of Birth 10/04/1942 Birthplace Liverpool
League Champions 5
2nd Division Champions 1
FA Cup 2
European Cup 2
UEFA Cup 2
UEFA Super Cup 1
Charity Shield 4 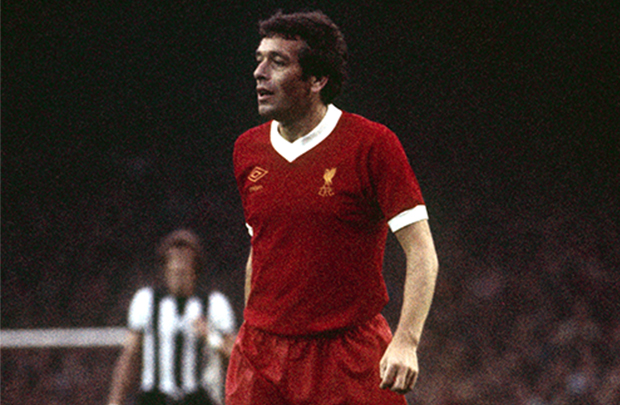 No-one has played more games for Liverpool than Ian Callaghan. Chances are, no one ever will.

Cally wore a Liver bird on his chest a remarkable 857 times during 18 years at the club. There can be no better role model for aspiring footballers than a midfielder who represented everything that's good about the game.

A true gentleman in every sense of the word, the Toxteth boy was the only player to survive Liverpool's fairytale journey from life as a mediocre Second Division outfit to the lofty summit of European football.

Along the way he won almost every honour possible – not least the World Cup – as well as the respect of his fellow professionals and adulation from the fans - and he was booked just once in the meantime.

Callaghan spent 19 seasons in the Liverpool first team, starting out as a winger then moving seamlessly to central midfield, before bringing his Reds career to a close in 1978. He left Anfield with an envious medal collection, a glowing reputation and a total number of appearances that is unlikely to ever be surpassed. Who said nice guys don't win?

He typifies everything that is good in football, and he has never changed. You could stake your life on Ian. Bill Shankly