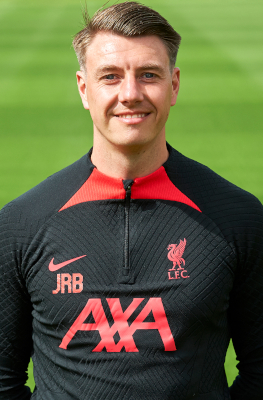 He was previously Liverpool U18s development coach, a role which started in July 2019.

Jonathan joined the Academy in October 2014 having previously worked as a first team performance analyst at both Swansea City and Bristol Rovers.

A fully qualified coach, he has a degree in Sports Coaching from Hartpury College, where he also was part of the coaching team for the U19 group which won three national titles.

He brings his considerable skill in video analysis to aid the development of players in this age group.