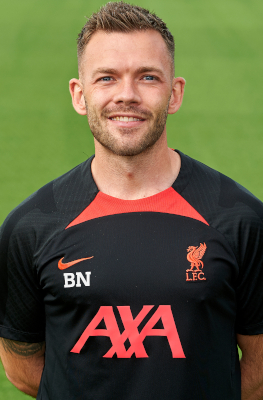 Ben started his career at  Bradford Bulls, spending five seasons in the academy before returning as head of strength and conditioning for the tirst team whilst working as a consultant with the national side.

He then moved to Halifax Town FC, overseeing academy and the First Team for two seasons before joining Manchester City as an athletic development coach.

Ben spent twp seasons in Manchester before being appointed lead performance coach with Bradford City in League One.

He then Joined Liverpool as a fitness coach in December 2019 initially with the U16s before taking the U18s role.