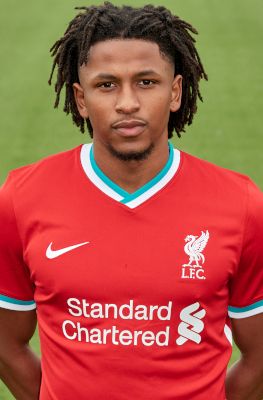 Yasser Larouci arrived to Liverpool from French side Le Havre as an exciting winger.

After receiving international clearance in November 2017, Larouci was a key figure for Barry Lewtas’ U18s.

During the 2018-19 campaign, Lewtas switched his position from a winger to left-back and it paid rich dividends.

Larouci was a revelation in his new role and was one of the star performers as Liverpool won a fourth FA Youth Cup in 2019, after defeating Manchester City on penalties in the final.

He subsequently appeared for the first team during the 2019-20 pre-season, travelling on the tour of the United States.

Yasser made his senior debut for the club against Everton in the FA Cup third-round tie at Anfield in January 2020, when he came off the bench for the injured James Milner.

Larouci is qualified to represent both Algeria, the country of his birth, and France.

Click here to read more about Yasser in our Meet the Academy feature.