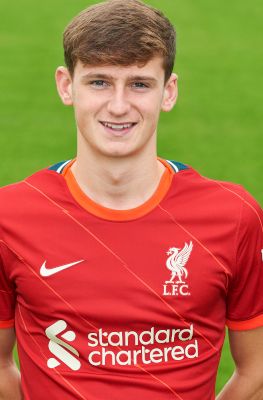 Tyler Morton is an all-action midfielder who signed a new long-term contract with the club in January 2023.

Tyler made his first-team breakthrough in 2021-22 when he made his debut in the Carabao Cup tie at Norwich City. He then made starts in the Premier League, FA Cup and Champions League, including an outing in the win over AC Milan at the San Siro.

His development would then continue in the Championship with a season-long loan spell at Blackburn Rovers in 2022-23.

Click here to read more about Tyler in our Meet the Academy feature.