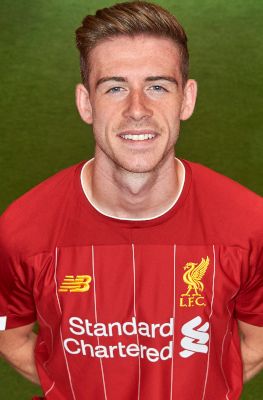 A Scotland youth international, Tony joined the Reds from Falkirk during the 2018 January transfer window.

The left-back had established himself as a first-team regular with Falkirk at the age of 18, having made his senior debut for the Scottish Championship club in November 2015.

Tony is a member of Liverpool’s development squad and will aim to continue progressing at U23 level under the coaches at the Academy.

He scored his first goal in a red shirt for the U23s with a spectacular strike against Arsenal in April 2018.

Tony made his senior debut for the club at Aston Villa in the League Cup in December 2019.

It was announced on September 14 2020 that Tony had sealed a loan switch to Major League Soccer side Toronto FC until the end of December 2020, before he returned to Merseyside in January.

Click here to read more about Tony in our Meet the Academy feature.