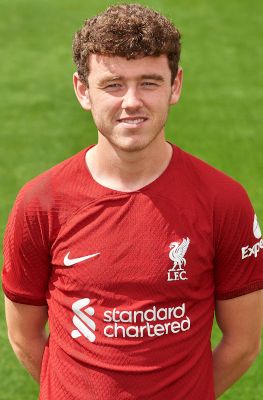 Tom Hill is a midfielder who signed a new long-term contract with Liverpool FC in October 2020.

Hailing from Formby, Tom has been at the Academy since U6 level and featured for the U18s and U23s as a first year in 2019-20. He normally plays on the right side of midfield and can also fill in at right-back.

Tom made his senior debut for the club at Aston Villa in the Carabao Cup in December 2019 and his development was rewarded when he signed his first professional contract with the Reds in February 2020.

He then penned fresh terms in August that year and later signed a new long-term deal in October after turning 18.

Tom underwent a period of rehabilitation with the Academy's medical staff following a knee operation in September 2020, and was out of action for more than 20 months.

He returned to the pitch at the very end of 2021-22 by playing in a friendly, before being included in the first-team squad for the tour of Asia in July 2022.

Click here to read more about Tom's return to action.