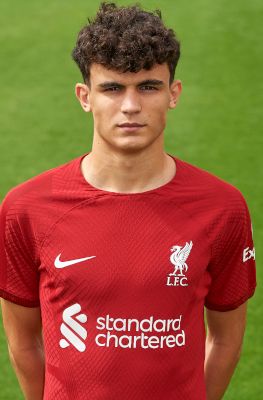 A Spain national, his dad played for the Serbia national team.

An impressive 2021-22 season, when he made his Premier League 2 debut for the U21s and played in the UEFA Youth League, was cut short when he missed the final three months of the campaign due to injury.

However, Bajcetic bounced back and was included in the first-team squad for their pre-season ahead of 2022-23.

His performances with Jürgen Klopp's side that summer then earned him competitive opportunities at senior level.

Bajcetic made his debut in the 9-0 win over AFC Bournemouth at Anfield, before making a first start in a Carabao Cup tie with Derby County.

He opened his goalscoring account for the first team with a composed finish away at Aston Villa on Boxing Day in the Premier League.

Bajcetic committed his future to Liverpool by signing a new long-term contract in January 2023.