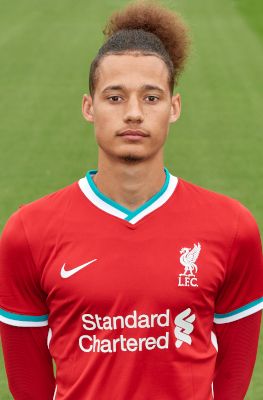 Rhys Williams is a commanding centre-half who made his U18s debut in 2016-17 while just a schoolboy.

He has been at the Academy since U10 level and is a regular for Liverpool's U18s and U19s in the UEFA Youth League.

Rhys also stepped up to the U23s in 2018-19, making his first start at that level against Villarreal in the November of that season.

In February 2019, the defender signed his first professional contract with the club and also made his international debut for England U18s.

Williams was also part of Liverpool's victorious FA Youth Cup squad after the dramatic penalty shootout win against Manchester City in the final.

He subsequently set out to gain further experience by joining Kidderminster Harriers on loan for 2019-20.

He was handed a first-team debut when he partnered Virgil van Dijk in the 7-2 win over Lincoln City in the Carabao Cup on September 24 2020.

Click here to read more about Rhys' first time out on loan.