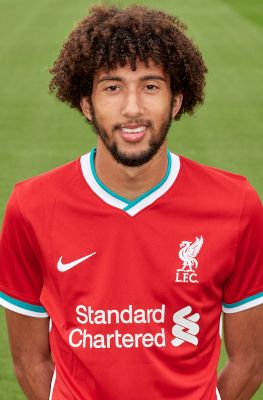 Remi Savage joined Liverpool's academy as an U9 player.

Equally comfortable as a left side centre-back or left-back, Remi is very competitive with a strong will to win.

He made his U18s debut as an U16 player under Steven Gerrard in 2017-18, and promptly netted his first goal during a 2-1 win over Wolves in Kirkby.

In 2018-19, Remi was part of the victorious FA Youth Cup squad after the dramatic penalty shootout victory over Manchester City in the final.

On June 4 2020, it was announced that Remi had signed his first professional contract with the Reds.

Click here to read more about Remi in our Meet the Academy feature.