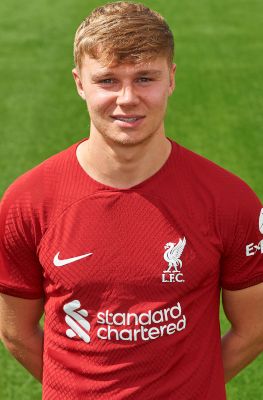 Striker Paul Glatzel has returned to Tranmere Rovers on loan for the 2022-23 season following a fruitful spell at Prenton Park in 2021-22.

Born in Liverpool to German parents, Glatzel has proved himself to be a prolific goalscorer at Academy level. He joined the Reds as an U9 player and has represented both England and Germany at youth level, including Germany U18s.

Glatzel captained Liverpool to FA Youth Cup glory in a 2018-19 season during which he netted 28 times.

He was then sidelined after sustaining a serious knee injury playing in a first-team friendly at Tranmere in July 2019, but completed his rehabilitation at Melwood at the request of Jürgen Klopp and signed a new long-term contract in September that year.