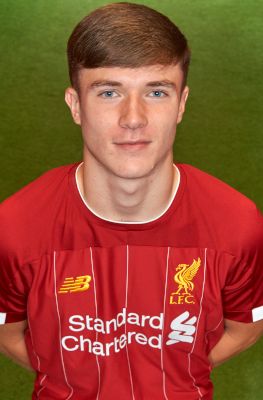 Morgan Boyes is a Wales U19 international who plays at left-sided centre-back.

Chester-born Boyes - who signed a new contract with the Reds in January 2020 - has been at the Academy since U11 level and is a regular for the U23s.

He made his senior Liverpool debut in the Carabao Cup quarter-final tie at Aston Villa in December 2019 and was part of the club's victorious FA Youth Cup squad in 2018-19.

Ahead of the 2020-21 campaign, Boyes joined League One's Fleetwood Town on a season-long loan.

Click here to read more about Morgan in our Meet the Academy feature.