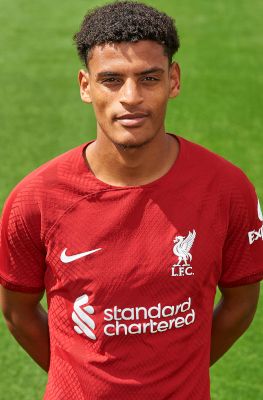 Midfielder Melkamu Frauendorf joined Liverpool in August 2020 from German side Hoffenheim and signed his first professional deal with the club in July 2021.

Born in Ethiopia, Melkamu is a German national.

An attacking midfielder with an eye for goal, Melkamu has already featured for Germany at U16 and also captained the side.

He made his U18s debut in 2020-21 and netted seven goals, including strikes in the FA Youth Cup semi-final and final.

Frauendorf was handed a dream Anfield debut when he came on as a substitute during the FA Cup third-round 4-1 win over Shrewsbury Town in January 2022.

In 2021-22 he also made his U23s debut and netted nine goals in all competitions.

Click here to read more about Frauendorf in our Meet the Academy feature.