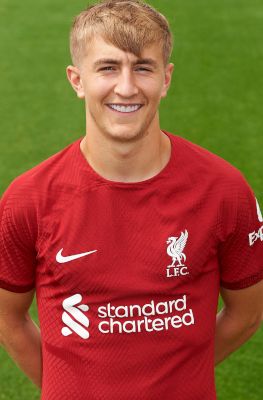 Max Woltman is a lively forward with an eye for goal who signed a new contract with the club in May 2022.

He has been at the Academy since the age of seven and netted 13 goals for the U18s during the 2020-21 season as the Reds reached the FA Youth Cup final.

Woltman was handed a dream first-team debut when he appeared off the bench during the Champions League tie with AC Milan at San Siro on December 7, 2021.

He then started at Anfield in the FA Cup third-round tie against Shrewsbury Town in January 2022.

He joined Doncaster Rovers on loan for the first half of the 2022-23 season, making 14 appearances before returning to the Reds in January.