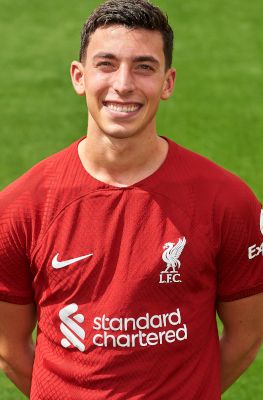 Matteo Ritaccio arrived at the Academy in August 2018 and signed his first professional contract with Liverpool 15 months later.

An exciting midfield player who was born in New York and also holds an Italian passport, Matteo was previously with New York-based side BW Gottschee.

He started Academy life in Barry Lewtas' U18s squad in 2018-19, which culminated in the Reds winning the FA Youth Cup after the dramatic penalty shootout victory over Manchester City in the final.

Ritaccio penned a new deal with the club in May 2021 and joined USA side Charleston Battery on loan for their 2022 campaign.