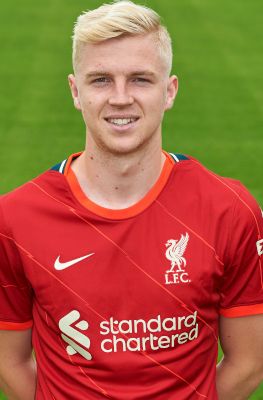 Luis Longstaff is an exciting winger who arrived at Liverpool from Newcastle United in 2015. He was previously with the north-east outfit from U9 level.

As a schoolboy, Luis made his U18s debut in the 2016-17 season and came off the bench to score a memorable equaliser away to Manchester United.

An England U16 international, Luis is equally at home on the left or right flank, and can also play in central midfield.

Luis was also part of the victorious FA Youth Cup squad after the dramatic penalty shootout victory over Manchester City in the final.

Luis made his senior debut away at Aston Villa in the League Cup in December 2019 and then signed a new contract with the Reds in June 2020.

He is spending the 2021-22 campaign on a season-long loan with Scottish side Queen's Park.

Click here to read more about Luis in our Meet the Academy feature.