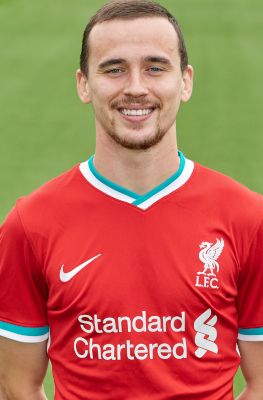 Liam Millar is a full Canada international who joined Liverpool’s Academy in 2016.

The versatile forward, who has represented the Reds at U18, U19 and U23 level, signed a new long-term contract with Liverpool in January 2019 and came on as a substitute for the first team in their pre-season friendly win over Bradford City in July 2019.

Millar has also enjoyed two spells out on loan with Kilmarnock, making 36 appearances for the Scottish Premiership side across the 2018-19 and 2019-20 seasons.

Liam returned to Kirkby in January 2020, and then made his first-team debut when he led the line in the FA Cup fourth-round win over Shrewsbury Town at Anfield.

Having captained the U23s during the opening half of 2020-21 - and scored five goals in 14 appearances - he penned a contract extension and joined Charlton Athletic for the rest of the season.