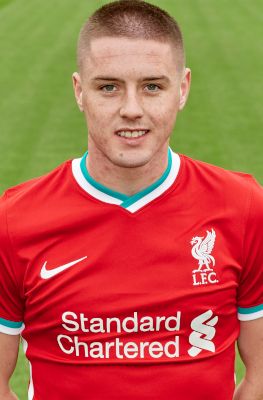 Liam Coyle is a central midfield player who broke into the U18 squad during the 2015-16 season when he was just 15-years-old.

A graduate of Rainhill High School, Liam has been at the academy since the age of 10, and previously captained the U18s.

A boyhood Red, Coyle moved up to U23 level in 2017-18 but due to a back problem he spent most of the campaign on the sidelines.

Liam is a member of the U23s squad and signed a new contract with the club in June 2020.

Click here to read more about Coyle in our Meet the Academy feature.