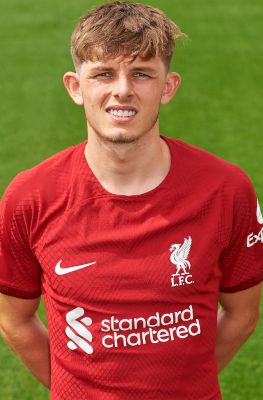 A creative central midfielder who has made three first-team appearances for Liverpool to date, Leighton arrived at the Academy at the age of six and signed a long-term contract with the club in July 2020.

He has progressed through the Reds’ youth ranks and was a regular for the U23s in 2020-21 – a season during which he also started the senior side’s Champions League fixture at FC Midtjylland.

Leighton was then part of Jürgen Klopp’s squad for training camps in Austria and Evian ahead of the 2021-22 campaign, before making seven Championship appearances as he spent the first half of the season on loan at hometown club Blackburn Rovers.

After another pre-season with the first team, Clarkson then joined Scottish Premiership side Aberdeen on loan for 2022-23.

Click here to read more about Leighton in our Meet the Academy feature.