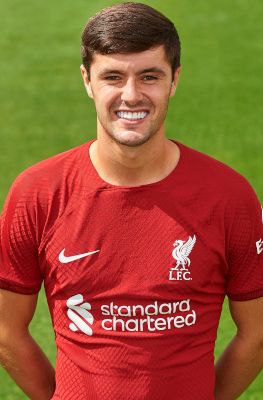 Layton Stewart signed a new long-term contract with Liverpool FC in May 2021.

The forward – a Scouser who has been with the Academy since the age of seven – scored 17 times for the U18s and U23s across 2020-21 before his season was cut short due to a serious knee injury.

Stewart returned to action on April 17 2022, when he came off the bench in the Premier League 2 fixture with West Ham United - his first appearance in 13 months.

Stewart – who penned his first professional deal with the club in February 2020 – has also scored vital goals for the U19 UEFA Youth League team and gained experience in the EFL Trophy.

He was named on the bench as a youthful Reds side faced Aston Villa in the 2019-20 Carabao Cup quarter-finals and has trained with the first team on a number of occasions.

Click here to read more about Layton in our Meet the Academy feature.