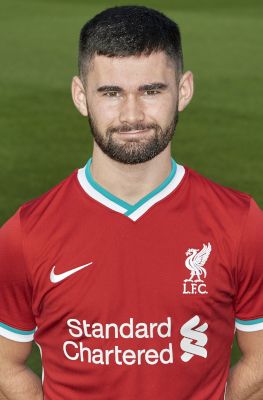 Joe Hardy joined the Liverpool Academy from Brentford in January 2020.

The Wirral-born striker played his youth football with Manchester City before a switch to Brentford in 2017, where he scored 40 goals in 80 appearances for the club’s B team.

Recruited to provide extra competition to the Reds striking ranks at U23 level, Hardy made his debut for the side as a substitute against City.

He would go on to score seven goals in just two months before the Academy season was unfortunately curtailed due to the COVID-19 pandemic.

Hardy would also make his first-team debut in February when he appeared as a substitute in the FA Cup victory over Shrewsbury Town at Anfield.

The forward signed a new contract with the club in June 2020.

Click here to read more about Joe's journey to LFC.