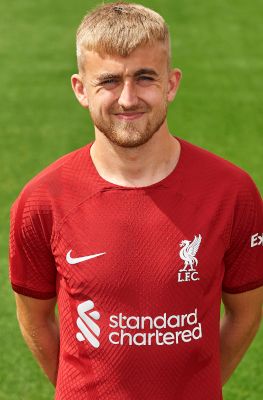 Jake Cain joined the Academy at the age of nine and signed his first professional contract with the club in September 2019.

A creative midfielder with an eye for goal, Cain is established in the U21s group and Liverpool's UEFA Youth League squad.

Jake made his first-team debut in the FA Cup fourth-round replay win over Shrewsbury Town at Anfield in February 2020.

He trained regularly with Jürgen Klopp's first team prior to heading out on loan with League Two's Newport County for 2021-22, where he made 28 appearances.

Click here to read more about Jake in our Meet the Academy series.