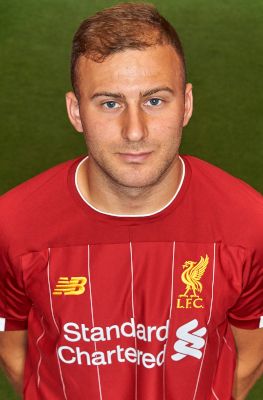 Bristol-born Herbie Kane, who joined the Academy at the age of 15, is a lively player in the middle of the park.

Capable of scoring spectacular goals and providing assists with his pinpoint passes, he has featured regularly for the U23s and made two senior appearances in the Carabao Cup during 2019-20.

Kane enjoyed an excellent 2017-18 campaign at U23 level and for the U19s in the UEFA Youth League under Steven Gerrard.

That form was recognised when Doncaster Rovers swooped to secure his services for the first half of the following season.

In December 2018, he signed a new contract with the Reds and extended his loan spell with Doncaster until the end of the campaign.

Herbie was named in the League One Team of the Season after playing 49 games and scoring seven goals in all competitions.

He returned to Liverpool and featured twice for the first team in the Carabao Cup before linking up with Hull City on loan for the second half of 2019-20.