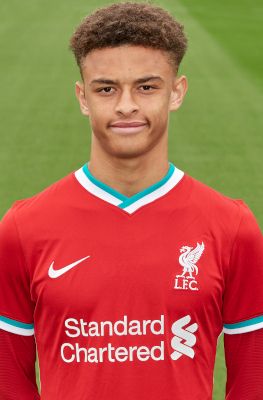 Fidel O'Rourke is a lively forward with a keen eye for goal.

He joined Liverpool's academy as an U14 player after being spotted as a schoolboy playing amateur football.

During the 2018-19 campaign he had the honour of captaining the U18s on a few occasions and was also part of the victorious FA Youth Cup squad after the dramatic penalty shootout victory over Manchester City in the final.

Fidel continued to be U18s captain in 2019-20 and netted seven goals, and also penned his first professional contract with the club.

Click here to read more about Fidel in our Meet the Academy feature.