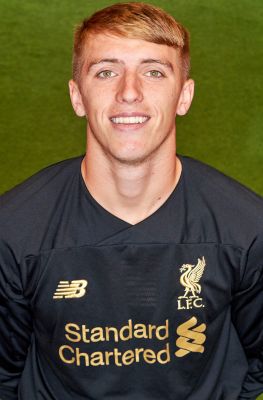 Goalkeeper Daniel Atherton has been at the Academy since the age of 12.

He missed the start of the 2016-17 season with a back problem but returned to make his debut for the U18s during the 2-2 draw with Wolves at Molineux in November 2016.

Daniel is another graduate of Rainhill High School and is seen as an excellent prospect with good reflexes.

He is a member of the U23s squad and appeared for the first-team during the pre-season tour in 2019.

In January 2020, Atherton completed a temporary switch to Marine for the remainder of the 2019-20 campaign.