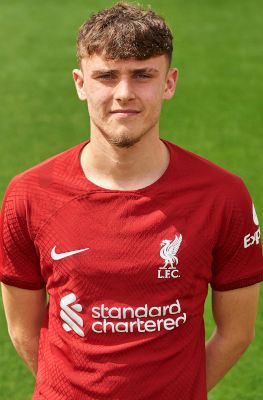 Bobby Clark joined Liverpool from Newcastle United in August 2021 and signed his first professional contract with the club in February 2022.

An attacking player who can play anywhere across the forward line and in midfield, he started Academy life with the U18s squad.

The son of former Newcastle midfielder Lee Clark, Bobby scored on his U18s debut in the 3-3 draw away at Nottingham Forest and ended 2021-22 with 13 goals in all competitions.

He played for the senior team on their pre-season tour of Asia in July 2022 and then achieved a debut under Jürgen Klopp as a substitute against Bournemouth in the Premier League the next month.