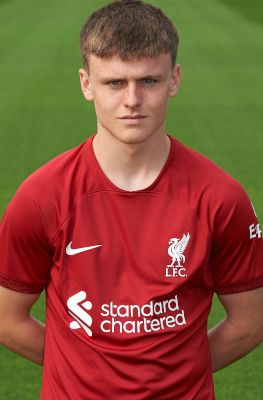 Ben Doak arrived at Liverpool FC from Celtic in the summer of 2022 and signed his first professional contract with the club in November of that year.

A fast and direct winger, Doak has impressed for Liverpool's U18s, U19s and U21s in his first season with the club.

The Scotland U21 international was rewarded with a first-team debut for the Reds as a substitute in the Carabao Cup third-round win over Derby County - an appearance that came two days before his 17th birthday. He debuted for Celtic's senior side in January 2022.