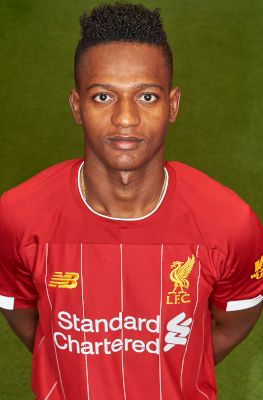 Liverpool FC completed the signing of Anderson Arroyo in early 2018, who then immediately moved to Real Mallorca on an 18-month loan deal.

The defender – a Colombia U20 international – joined the Reds from Fortaleza CEIF in his home country, for whom he made 22 appearances during the previous three seasons, after a deal was reached during the January transfer window.

Arroyo departed for a temporary spell in Spain, where he spent the remainder of 2017-18 with Segunda B side Mallorca.

Then, in August 2018, he joined Belgian club KAA Gent on loan for the duration of the campaign.

After starting all five matches for Colombia during the U20 World Cup in Poland in the summer, where they reached the quarter-finals, he then returned to Liverpool.

He spent the 2021-22 season on loan at Spanish second division side Mirandes and returned to the same league for the next campaign.

Arroyo linked up with Alaves for the duration of 2022-23 after extending his contract at Liverpool.