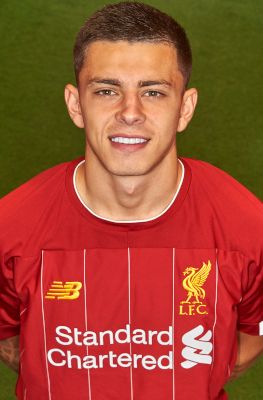 Adam Lewis is a versatile left-sided player who will spend the 2022-23 season on loan at League Two side Newport County.

A Scouser and boyhood Red, Lewis signed a new long-term contract with Liverpool in July 2020.

He joined the Academy at U6 level and has progressed through the Kirkby ranks to the U23 side after captaining the U18s under Steven Gerrard in 2017-18.

The England U20 international, who predominany plays at left-back, made his first-team debut in the FA Cup fourth-round replay win over Shrewsbury Town at Anfield in February 2020 and has also regularly trained with Jürgen Klopp's senior squad.

Lewis moved on loan to French side Amiens SC in August 2020. He returned to Liverpool at the start of 2021 and then headed to League One’s Plymouth Argyle for the remainder of the campaign.

He then spent 2021-22 with Scottish Premiership side Livingston.