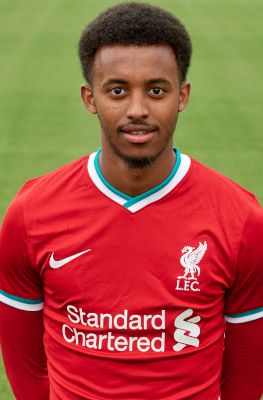 Abdi Sharif is a versatile player who can play in the middle of the park, at right-back and even at centre-back.

In the 2018-19 season, Abdi was part of the victorious FA Youth Cup squad as he netted a penalty during the dramatic shootout victory over Manchester City in the final.

After penning his first professional contract with the club during the summer of 2019, Sharif picked up an injury in pre-season and remains in rehabilitation after undergoing surgery on an anterior cruciate ligament injury.

The 18-year-old picked up the injury towards the closing stages of the friendly game with Coventry City.

Sharif followed a period of rehabilitation with the Academy's medical staff and penned a contract extension with the club on May 28.

Click here to read more about Abdi in our Meet the Academy feature.