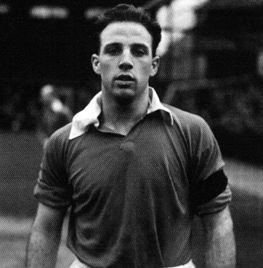 Ronnie Moran is quite simply a Liverpool institution.

Ronnie was born in Liverpool in February 1934 and signed professional forms for his home-town club shortly before his 18th birthday in January 1952.

He made his first-team debut as a full-back at Derby in November of the same year but had played just 13 times by the end of the 1953-54 season, by which time Liverpool had been relegated to the Second Division. He established himself in the team the following season and would miss only six league matches over the next five years as he played regularly through the whole of Phil Taylor's brief reign as manager in the last part of the decade. Bill Shankly's arrival in 1959 coincided with a spell when Ronnie was affected by injuries but he did play in enough fixtures to qualify for a Second Division championship medal in 1962 and only missed seven games when the First Division title was won two years later for the first time since 1947.

During the 1964-65 season, Chris Lawler became established as the club's right-back with Gerry Byrne moving over to the left and Ronnie lost his place in the side. Ronnie was a strong left back that never caved in and his enthusiasm for the game spread around his team. He was totally committed in every game and it was this commitment that prompted Bill Shankly to offer him the chance to join the training staff. He twice filled in as caretaker manager, after Dalglish's resignation in 1991 and when Souness was recovering from his triple by-pass heart surgery in 1992. Ronnie retired in 1998 after 46 years at the club. Ronnie was rewarded with a well-deserved and well-attended testimonial match against Glasgow Celtic at the end of the 1999-2000 season.