Keep to date with the latest community news and find out how you can get involved in events and activities in the local area.

Liverpool FC hosts a wealth of activity in the local area and across Merseyside through its Red Neighbours programme and the Club's official charity - the LFC Foundation.

Check out the latest news of local community events planned by the LFC Foundation and Red Neighbours teams here.

You can also download the full calender of events here.

For more information on these activities, and the work of the two organisations, follow @LFCFoundation and @Red_Neighbours on Twitter.

We look forward to welcoming you to one of our community events soon!

Last season the Club worked alongside supporters’ groups to deliver a new campaign which encourages fans to respect the local area when visiting Anfield Stadium.

Led by supporters’ groups Spirit of Shankly, Spion Kop 1906, Kop Outs and Fans Supporting Foodbanks, the ‘#morethanastadium’ initiative aims to encourage fans and visitors to respect the neighbourhood and its residents when attending matches or visiting the stadium.

The campaign saw the Club and its fans take steps to help to improve street cleanliness and antisocial behaviour by increasing toilet provision, the number of bins around the stadium and introducing a dedicated litter picking team pre, during and post each game. This season the club will once again be working with supporters’ groups to back the campaign and raise awareness that Anfield is not just home to LFC. 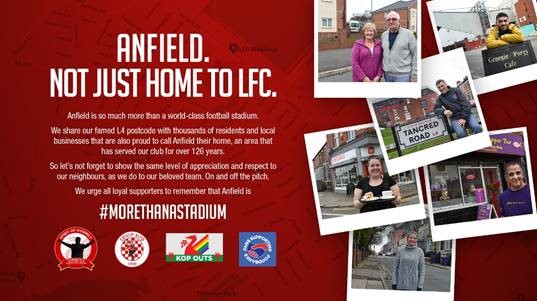 For the latest community news around the Anfield area - Click here. 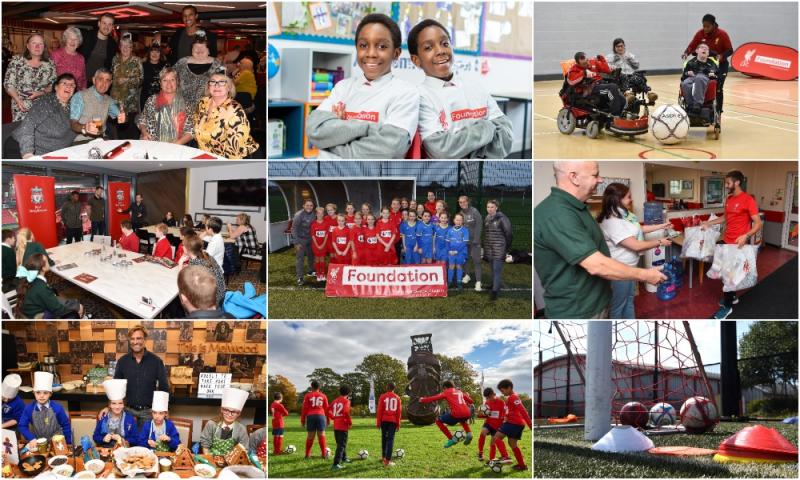 You can view and download the latest Red Neighbours Newsletters here:

Social Media posts and comments may not represent the views of LFC.

Social Media posts and comments may not represent the views of LFC.